It didn't feel like a busy year. I spent just about the entire time at home with family. Yet looking back at the end of the year, it seems to have been productive. Even when I was appearing frequently on TV, I don't think I produced as much original content.

My 2021 started with this video, a "good riddance" message to the first year of COVID with a narration of "Nine Variations" from the Verses of Chu (楚辞·九辩）. Surprisingly, the video went viral, with 2.5 million views on my own Douyin account, not counting the many accounts that copied the message.

That narrating classical Chinese poetry could be so popular online was a revelation that guided some of my work later in the year.

During this second year of the COVID pandemic, live performances, touring, even visiting China were not possible or at least not practical. So I focused my energy on developing a home studio where I could produce content independently.

"Hu Buzi" was a traditional xiangsheng piece that I had performed years ago, but was never broadcast on television. In my own collection, I only had an amateur recording from a stage performance in 2004 in Singapore. So I decided to set up a green screen in my home and record this version for distribution through various online shows in celebration of Chinese New Year, produced by various community organizations across Canada and the US.

In March, Guangdong TV held a special featuring performances by Jiang Kun and his various pupils. I couldn't attend in person, and so instead provided some video of a performance I'd given just before the pandemic, in which I tell the (fictionalized) story of how I managed to convince Jiang Kun to accept this foreign student as a pupil back in the 1980s.

Another home studio production: a bilingual narration of Zhuge Liang's "Memorial to the Emperor".

Zhuge Liang was Imperial Chancellor of the state of Shu during the Three Kingdoms period in China. In 227 CE he presented this memorial before embarking on the first of a series of military campaigns against Shu's rival state, Wei.

This memorial, included in modern China's high school curriculum, includes an argument in favour of the military expeditions, and Zhuge Liang's personal advice to the Emperor Liu Shan on how to govern and rule the state.

Many fans know of my personal connection to the city of Shangqiu in Henan province -- my grandparents lived there and worked in a missionary hospital in the 1920s, and I've visited many times in search of our family history.

Dr. H.H. Gilbert was the Canadian doctor who replaced my grandfather in 1926, staying in Shangqiu (then known as Kweiteh) until he was expelled by the Japanese invaders in 1939. Dr. Gilbert later wrote a memoir of the early days of the invasion, when he converted the hospital grounds to a refugee camp, taking advantage of the hospital's extraterritoriality to protect the lives of countless local civilians.

The pandemic has given me time to translate and record the memoirs, so that more people in China know a bit about the work of Canadian missionaries in wartime China. More information on the audio series and links to Soundcloud and Ximalaya can be found here.

Throughout the pandemic, via the Cameo app and my own website, I've been offering personalized video messages to my fans, many of whom have used this service to send greetings to loved ones they are unable to visit in China.

In 2021 I joined Hongjiaoben as one of the first celebrities to use this service inside China. So now I can accept offers from fans inside China who wish to pay by WeChat or Alipay, as well as fans abroad who are using international credit cards. I produced the vlog below to announce the service over the Mid-Autumn Festival.

It's the first step in my soon-to-be burgeoning e-commerce empire!

Back to classic poetry, where the year began. I gradually developed a format in which I hope to continue this series for some time, including interpretive texts in modern standard Chinese and English. These videos are available on a YouTube Playlist but primary distribution is through WeChat and Douyin:

As we enter 2022, I remain hopeful that I will be able to return to stage and live performing later in the year. You can follow the latest news here on my website, or through my various social media channels.

Best wishes to all for the New Year! 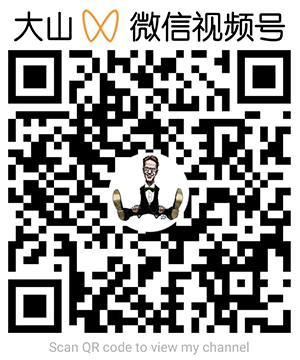 Scan to add my Douyin channel 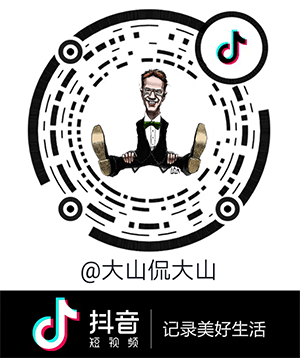